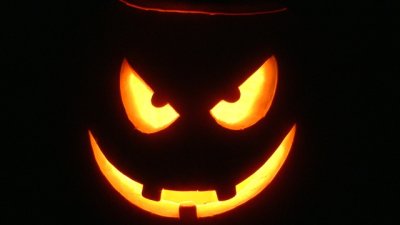 With only three days left till the release of my horror novel, A Wistful Tale of Gods, Men, & Monsters, it just received another great review from Author’s Reading, comparing it to The Legend of Sleepy Hallow. Check it out–

A Wistful Tale of Gods, Men, and Monsters by David Ruggerio is a gothic tale that unfolds in the hamlet of Brunswick, New York that abounds with scary local tales, nightmare settings, and haunted spots. The story creeps open as young William Willowsby, and his friend Lilly enters into the town’s neglected cemetery at night.  The place of rest for the dead is virtually pulsating with its residence spirits creating an ambiance of gloom shrouded in a sinister mist.  Ruggerio paints a very authentic spooky opening scene that sets the tempo for his tale of darkness and evil that reminds me of Washington Irving’s classic The Legend of Sleepy Hollow.

Mystery, suspense, legend, horror, and humor can all be found in Ruggerio’s excellent tale, where he combines reality and imagination with simple, eloquent sentences designed to make you fear ghoulish nightmares if you succumb to sleep.

William, the tale’s protagonist is cursed with an evil but beautiful dominating stepmother, Anne, who relishes treating him cruelly. She also dominates his father who is transfixed by her beauty and sexual prowess. William is an aficionado of the macabre, collects relics of horror, and believes in the grizzly tales that abound in his small community. He has also started to hear something that sounds like, “come out and play” as he squirrels himself away in his bedroom.

William is obsessed with learning more about the legend of the Sky Woman, a shape-changing monster that drinks blood and enjoys its most power during a certain period of the year that coincidently falls on Halloween. He feels he must learn who she really is when she is in human form. It is only when the Sky Woman is in human form that she is most vulnerable to being destroyed.

Williams’s dad, James, is a cuckolded husband and has no idea of the power and true desires his beautiful wife possesses.  She has many secrets that she would not want anyone to know. She is just one of Ruggerio’s characters that are much more than they first appear. Brunswick is the home of many monsters who surreptitiously live next door to unsuspecting neighbors. The caretaker of the Pinewoods Cemetery, Banger Doyle, is probably not someone you’d really want to ride around with.  Bobby and Joey did, and they felt evil emanating from him.

Tom Landtmann, the new hamlet’s Sheriff plays a big part in the tale. He has to sort out the murders that start piling up in and around Brunswick. Who or what is responsible for these deaths? He discovers that Brunswick has a lot of unsolved murders, and they all seem to share similarities.  What kind of demonic hamlet is he employed by? Is it a town that is the home of monsters that live off of the blood of others? Something is ghoulish about the hamlet, and Sheriff Tom is determined to put an end to the reign of terror.

David Ruggerio’s tale is the perfect Halloween read to enjoy in front of a flickering fireplace with a couple glasses of hard cider. A Wistful Tale of Gods, Men, and Monsters is an unsettling, spooky, flat-out scary read that transports you into a nightmare of a shadowy underworld replete with evil monsters and blood-drinking ghouls. –Author’s Reading