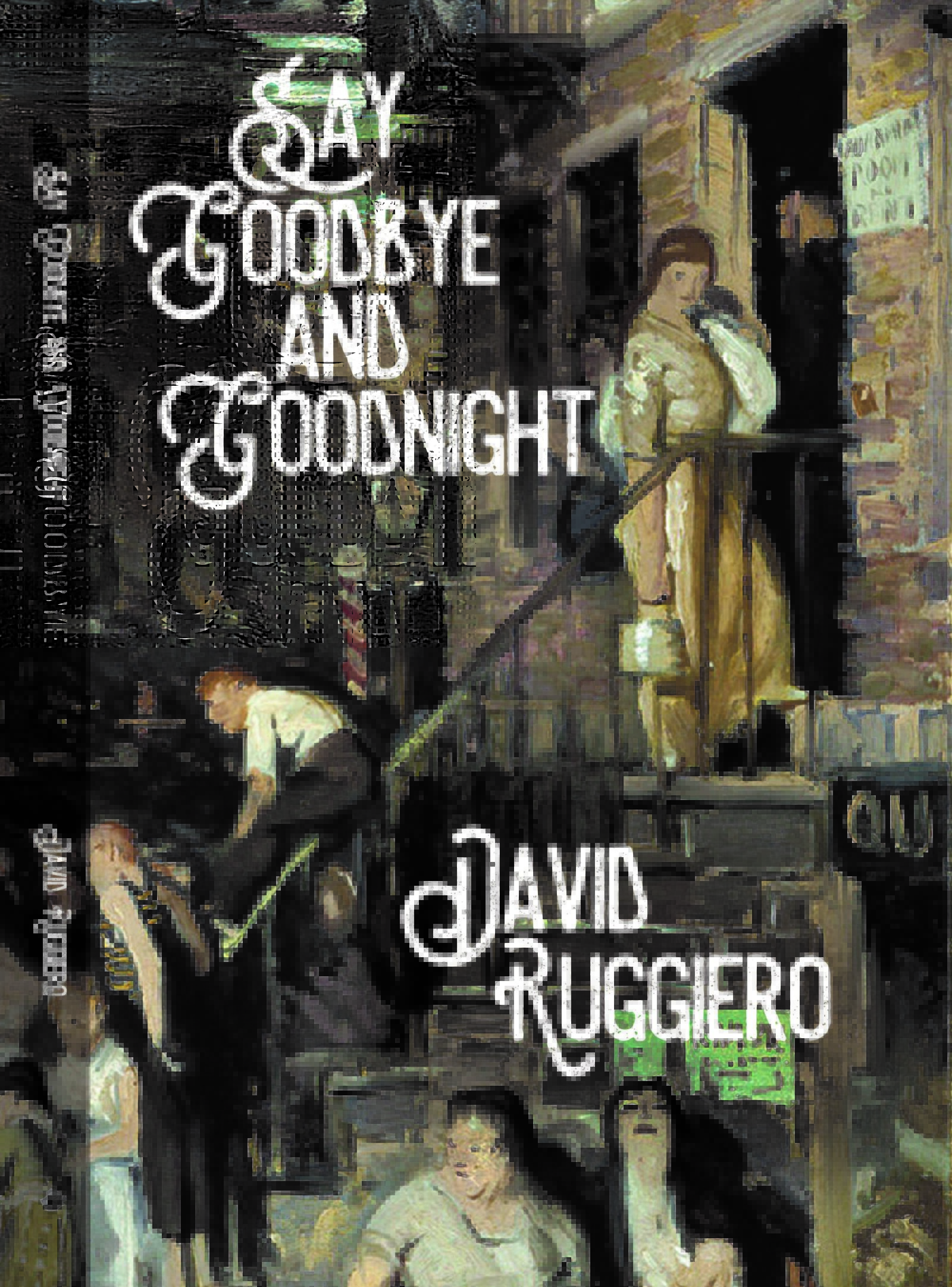 “Often it felt like God was far off in the distance, though there was always that affirmation of an unseen helping hand. Still, behind every twist and turn, a demon was hiding . . . “

It’s a summer of love, family, and boxing for sixteen-year-old Italian-American Anthony “Ant” Marino. As Ant trains away his mornings with Izzy, a boxing coach who reshapes street urchins into respectable young men and tough fighters, Ant navigates a steamy romance with the heavenly Gia, a girl he comes to love, adore, and respect beyond belief. As Ant mediates the tense relationship between his brother, Sal, and his father, Ant becomes a family pillar, wise and determined beyond his years. However, in a city filled with life, food, clubs, and crime, and amid the sweaty days of training and the hot nights of romance, creeps something sinister: the .44 Caliber Killer who preys on young women and reshapes Anthony and Gia’s future—and the future of their families—more than either could ever imagine.

David Ruggerio’s Say Goodbye and Goodnight paints an immersive image of the Italian dominated neighborhoods of Brooklyn in the 70’s. With a cast of characters who are each portrayed as individual elements in the life of protagonist Anthony “Ant” Marino, the story pulls you forward into a constantly moving web of their lives. Ruggerio uses vibrant imagery that engages the reader while also being light-heartedly funny even when dealing with the darker aspects of Ant’s life. Lines like “The Greeks had Socrates, the English had Shakespeare, and Brooklyn had Izzy,” really exemplify Ruggerio’s ability to create metaphors that help the reader to understand the world of his novel.
Ant’s romantic journey is written in such a way as to evoke Shakespearian love, acknowledged by the name of the weekend hub of Ant and his friends — “Romeo and Juliet’s.” Gia and Ant share a love that is described to be true without question, a portrayal which gives a fairytale quality to the otherwise rough-and-tumble world that Ant lives in. The soft, honesty of Ant’s love for Gia helps to offset the more hyper-masculine qualities of the Mob lifestyle that he has taken on. Overall, Ruggerio does an excellent job of creating the world and personality of a character that readers will be intrigued to follow through the novel.– Author’s Circle

Set against the backdrop of New York City’s Italian community, this novel blends New York City brashness and humor with the wit and whimsy of a young man exploring his youth, his ideals, and his purpose. With its Godfather-like characters and settings, this book displays the ever-controversial and ever-changing demands and ties of cultural duty and mindset, familial ties and expectations, and the complexities of father-son relationships. The psychologically thrilling parts of this book stem from its portrayal of the .44 Caliber Killer, an unseen enemy that young Anthony Marino feels he and his friends must stop before he harms the young women in their community. Readers of romance, suspense, and murder mystery will enjoy this book, as will those who enjoy a more historically based type of fiction. —US Review

Say Goodbye and Goodnight is a work of recent historical fiction with themes of interpersonal drama, penned by author David Ruggerio. Literary in its concept and narrative style, this is a modern-day retelling of a classic Shakespearean tale of love enduring all forms of tragedy, and it is set in Bensonhurst, New York City, in the year 1977. Here, boxer Anthony Marino meets the beautiful Gia in a discotheque and knows at once that his heart has been stolen away. But all is not well for the young lovers when they discover the agonies of what it will mean to spend their lives together, assuming they survive that long.

Author David Ruggerio gives a lavish literary quality to every well-crafted and meticulously thought out sentence of his work, which is rewarded in the reader having a full experience of the time and place in which his story is set. The nostalgia and glory days of New York City and the America of the late seventies oozes from every page, the characters enveloped in the sepia-toned scenery of a kind of hazy golden age of music before technology took over and everything turned to chrome. The plot is well structured to convey the Shakespearean tragic romance, with one or two surprises thrown in to keep things fresh, and I also really enjoyed the ‘Kings county’ dialogue with its sharp edges and down to earth poetic rhythms. Overall, Say Goodbye and Goodnight is a highly accomplished work that literature fans are sure to enjoy.–5 Stars by Readers’ Favorite

Star-crossed lovers swirl and fearless fighters duke it out during a hot Brooklyn summer in Say Goodbye and Goodnight by author David Ruggerio. Capturing the classic air of tragic romance and blending it with modern urban drama, this is an immersive New York slice of life. A diverse web of stories weave believably on the pages and the dialogue feels ripped from reality, while the characters are patiently developed and perpetually entertaining. The prose is unpolished at times, but Say Goodbye and Goodnight still sparkles with authenticity and endearing charm.–SPR Book Review